Like most people, I had a long held misconception about Line Dancing that had always prevented me from giving it a go.

However, I was completely hooked after my first class and all my pre held beliefs flew out the door. It really is true that we must not judge a thing until we learn the truth for ourselves.

I very quickly found that 1 class a week was not enough to satisfy my passion for dance. It wasn’t long before  I was attending 4 classes a week. Obsessed? Me? Definitely!!! Line Dancing is very addictive!

In 2010, with encouragement from my friends, I began my own Line Dance classes with the first class being held in October 2010 at the Tawa Community Centre.

In 2011 I was offered the opportunity to take over running the classes I attended in Porirua as the teacher had decided to return to the work force.

I now teach 7 classes a week ranging in level from the very first time Line Dancer through to the experienced.

Line dancing has also allowed me to feed my passion for dance in another way. Choreography. In 2012 I choreographed an Intermediate Level dance to Christina Perri’s beautiful song “A Thousand Years”. This dance was very successful and was danced around the country.

This foray into choreography wasn’t my last and I’ve written a number of dances now. In 2013 both “A Thousand Years” and another dance of mine called “My Heart’s in My Hand” were nominated for a choreography award at the annual NZ Beat Awards.

Line Dancing has opened up opportunities for me that I never would have thought existed and allowed me to develop skills I never thought I had.

New start date to be advised

Venue unavailable due to renovations 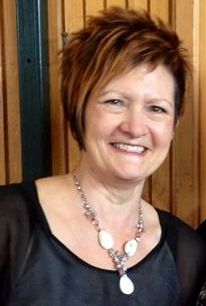 If you'd prefer to talk to me, then please phone me